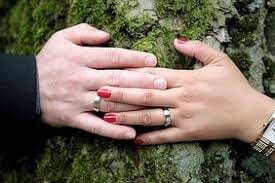 "I Took Off My Wedding Ring; It Bothered Him the Most"

What brought you to RMI? Please use this space to briefly let our readers know what your life was like when you first found us, Violeta, so our readers understand just what a miracle your restoration is.

Violeta, how did your restoration actually begin?

I have to glorify God for what He did for my family. I often read the testimonies and thought that I would never write mine. But nothing is impossible with God.

It all started quickly, soon after we married. We were an example of Christians inside the church, he was an elder and I was the leader of the women's group. We were highly looked up to, and most referred to us as the “perfect couple.” The enemy knew this, so he used his clever schemes. We should never have been ignorant of his schemes since we'd been part of the church our entire lives, yet he used schemes to destroy us and to end everything that God had created.

How did God change your situation Violeta as you sought Him wholeheartedly?

I sought the Lord relentlessly with all my heart, begging God to take away the pain that was in my chest because my husband had left me. I prayed to the Lord, I fasted, I sought Him from dawn until dusk. From the beginning, I heard God telling me that He was going to restore my marriage. He told me to wait, simply to wait on Him because He was working in silence.

What principles, from God's Word (or through our resources), Violeta, did the Lord teach you during this trial?

The principle that was hardest for me was to LET GO. When he left I would call him all the time. Wherever he went, I knew I would find him. I pursued him just as I'd told other women to do. As a vigilant stander, I would write, call, and find a way to get there, wherever he was. I knew that it bothered him, that I was actually driving him away. I never realized the damage I was doing until I read the book How God Can and Will Restore Your Marriage, that as a stander, I was just standing in the way of my own restoration.

When I read the truth, about letting go, and stopped pursuing, he really began to think I didn't care about him. The very first time he initiated any contact with me was when he called and asked why I did not care about him anymore and why I did not show up where he was. I told him I'd let go and he was free to be happy. Then, I took off my *wedding ring and I know that this example of fully letting go bothered him the most.

When I found my Heavenly Husband and fell deeply in love with my first Love, that's when I was able to fully let go. He said later (after our restoration) that he could actually feel in his heart that I was gone. And that's when my husband began to take all the steps to restore our marriage and win me back.

What were the most difficult times that God helped you through Violeta?

The weekends were always painful for me, especially when Sunday service was over, and I had to go home alone. I cried all the way and when I got home I had no tears to cry anymore. Yet the Lord was there comforting me and calming me in the moments of my despair. Then one day God told me to get my Bible, and when I opened my Bible I heard the Lord, my HH, speak to me.

He brought me to all the verses that clearly said that our husbands were to be our spiritual leaders, that women were to remain quiet in church, and so many other things I'd learned at the end of courses 2, but I dismissed thinking they didn't pertain to me.

He spoke to me about wanting to give me a makeover, to make me new on the inside to match what He'd done on the outside (I had lost close to 50 lbs.). But to do this I needed to leave the church.

After I left, several women from the church contacted me and I was able to share with each one of them the truth I'd believed I was too good for. One woman asked if we could meet so she could hear more, and that is how my new women's group started.

Violeta, what was the “turning point” of your restoration?

When I was seeking the Lord, my HH. I wanted to be with Him at all times, at every moment of my waking day, and my focus was no longer my husband, or my marriage being restored. I was focusing on helping other women. So many heard about our group and I began a second group in another city about this time.

I wasn't sure I wanted my marriage restored, but I remember reading in one of the courses that when we were spiritually mature we wanted His will, not our own. So, I told God, "Your will be done."

As I went about town, I ran into many people and each was astonished by my change. Yes, my outward appearance was first, but when they spoke to me each mentioned how "different" I was. I knew they meant my “gentle and quiet spirit” because before I was very forceful and a know-it-all, having the last and final word. The more I wanted and yearned for more of HIM the more He began to transform me.

One day I ran into my husband who said he'd heard from everyone how much I'd changed but he had no idea I'd changed as much as I had. I thanked him, smiled and turned to leave. But as I exited the mall, I could see he was still there, standing and watching me leave.

Tell us HOW it happened Violeta? Did your husband just walk in the front door? Violeta, did you suspect or could you tell you were close to being restored?

As I said, I was no longer looking for my husband or calling him.  When we ran into each other, which began happening more and more, I'd make the conversation brief and leave. Then without warning, he sent a message to me: We Need to Talk! His text almost sounded angry but I agreed and met with him.

He told me that he had gone to church and there, God used a sister who had asked how I was. That's when he heard I'd left the church and he'd become alarmed. He was sure I was involved with someone else and came to ask me to stop, saying it was all his fault.

While speaking to my Beloved in my head and heart (the whole time my husband was speaking), I heard Him say to share what really happened, who I was in love with. So, I was able to share everything with him. It felt like I spoke for 5-10 minutes but when I saw my husband crying, I looked out to see it was dark and I knew I'd been talking for hours. I am not sure all I said, but I know I began confessing my faults and at some point, how I'd fallen in love with my first Love, who I'd left soon after we'd met when I got saved.

What I said came from Him, because in the end, while crying, my husband asked if I would be willing to restore our marriage. I said of course, that this would glorify God, and that day we were reunited and intimate as husband and wife.

Would you recommend any of our resource in particular that helped you Violeta?

I recommend the book: How God Can and Will Restore Your Marriage and also recommend buying and reading the devotional Streams in the Desert. I’d also recommend going through your online courses that will eventually lead to finding your HH.

Finding the Abundant Life Course is when things really begin to change for me. And if you don’t start a group of your own, the easiest way to begin helping other women (and men too) is to have them open their phones and type in HopeAtLast.com so they can begin finding hope and the truth.

Would you be interested in helping encourage other women Violeta?

Either way Violeta, what kind of encouragement would you like to leave women with, in conclusion?

I would like to tell women who are in the desert that God will help you through this difficult time, but know that unless you're really His, and you act like a bride in love, your difficulties will continue. Without becoming His light in this dark world, no one, not even your husband will find his way back. There is truly nothing impossible for God. No matter what your husband is saying, no matter what other people or ministries tell you to do, do not listen to them. The only way to emerge victorious from this battle and experience the impossible, is to put Him first. I am here, today, with the message from God saying, "I am faithful. My Word is truth. Delight yourself in the Lord and I will give you the desires of your heart, every promise and even more.”

*Also very encouraging and to give you a deeper understanding be sure to READ Facing Divorce "A Symbol of My Love." 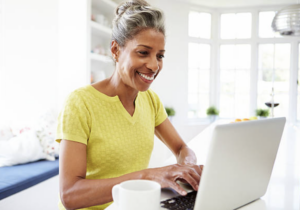