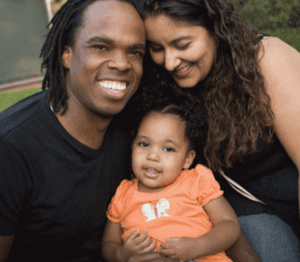 "He Wants Us to Have it All"

Ariana, how did your restoration actually begin?

My husband began acting very strange, but every time I confronted him he said that it was just the stress at work. Then one day he just disappeared, vanished. When he returned a week later, he said that he had gone to clear his head. Just a month later, he disappeared for 10 days. This time when he reappeared, he confessed that he had an OW. He said it had been going on for almost a year. He’d met her on the internet and he said he was looking because of all the fights our entire marriage. As the fights intensified, he said he decided to meet her personally, although she lived in another state. He said when they met "she liked me, and I liked her a lot too.”

After this confession, nothing more was said. We just coexisted together for about a month. During this month I confronted him all the time for more details, I rummaged through his things, and this resulted in many fights. One day I discovered my husband had left his phone unlocked and I found the OW texts. I exchanged messages with her, and she said that she did not know that he was married. He confirmed that this fact was true, she didn't know. That very day he packed everything and left home. Before he left, he handed me his wedding ring and said that it was all over between us.

How did God change your situation Ariana as you sought Him wholeheartedly?

The day after he left, I found the RMI ministry on the internet and read the book, How God Can and Will Restore Your Marriage. I read it cover to cover without stopping. The next day I read it again, and then again. As I began to apply the principles over the next two months, day after day my husband's heart began to turn back towards me. The rejection was not easy. During the first few times we interacted again, he said he was sure he wanted to actually end our marriage. Yet I knew that God was in control.

When he left I didn't know where he was, then I discovered he went to live with his parents. I believe it was only because the OW lived in another state. While my husband was in contact with me, they met together alone from time to time, and when the topic came up, he assured me that he was determined to stay with her. Yet the Lord was changing me, He was changing my life, and little by little I watched as God turned my husband's heart back to me.

What principles, from God's Word (or through our resources), Ariana, did the Lord teach you during this trial?

The principle of letting go and the principle of winning without words were the fundamental principles I learned that made the greatest change. These were also the most difficult, since I am part of a generation who have been taught to be talkative, possessive, and horribly contentious women. Each time I counted it a miracle to be close to him without me speaking and becoming controlling. As the months past, he began to approach me very slowly, he'd drive by or come to my house. He began to call me and ask me out. Each time I would keep quiet and I would only answer, gently, if he asked me!

What were the most difficult times that God helped you through Ariana?

The worst times were when he first traveled to the other state to see the OW. He'd just disappear. He'd leave without his family knowing where he'd gone and disappear for different lengths of time without any news. When he left he would turn off his cell phone and vanish. During these times I prayed, fasted and sought God. Then, just as suddenly he'd send a message. Sometimes he contacted me only asking for his daughter, but I gave glory to God because He gave me a sign of life. I was worried about him on the road.

Ariana, what was the “turning point” of your restoration?

Without a doubt, the turning point was to first let go but then to seek the face of God. It was then I'd finished the first 3 courses and wanted more. Then I heard about the Abundant Life series. That’s when I was first introduced and fell in love with my Heavenly Husband. At that moment I was finally able to rest, knowing that only God could bring him back, not me. My part was only to trust my HH and rest in the God of the impossible to restore my marriage.

I began to literally feast on the Bible, AND I read it through using the Bible program suggested. Living my life abundantly wasn't something I ever knew was possible, certainly not when my life had been deep in the valley of despair, in the heat of the dry desolate desert. Yet this is when my life turned around and soon after, so did my marriage.

Tell us HOW it happened Ariana? Did your husband just walk in the front door? Ariana, did you suspect or could you tell you were close to being restored?

I honestly did not imagine it could happen so fast. It happened just two months after really embracing my Husband, letting go of restoration, and settling into a life I had never dreamed was possible.

It happened on a Saturday when he asked if he could come by to talk. He sat down and simply said that we had to get it right, that he wanted to rebuild our marriage. He said he was no longer involved with the OW. He said he'd told her it was wrong, that I was different. He wanted to end everything and please never contact him again. He said that he'd told his parents and packed up all of his belongings that were in the car. He asked if I was willing to give us another try (because I'd kept silent the entire time he spoke), and I nodded yes.

Would you recommend any of our resource in particular that helped you Ariana?

First, reading How God Can and Will Restore Your Marriage as many times as you can to renew your mind and rid yourself of the lies. Then get your home ready for your husband’s return by reading A Wise Woman. Both of these I’d suggest the online courses in order to journal, to confess, and to go back often to see your progress. It’s what really kept me going.

The real change in your life will happen when you discover your HH. I finally understood how this was possible by doing the abundant life series beginning with Finding the Abundant Life Course.

Would you be interested in helping encourage other women Ariana?

Either way Ariana, what kind of encouragement would you like to leave women with, in conclusion?

Do not give up on your marriage, especially when everything seems impossible. It's true that God turns the heart of the husband back to their wives. Yet this doesn't fully happen until our hearts are completely His.

Your husband has no free will! God is in control! God is faithful and He who believes in the Lord will never be disappointed! Never! Hallelujah! Only God can restore a marriage! You can't do it and those who try, find themselves worn out and discouraged. Your HH is waiting for you and once you're His— GOD will restore your marriage just as He did with me. I did not deserve to have a new life, to live abundantly, but God is faithful! Glory to God forever! He wants us to have it all. 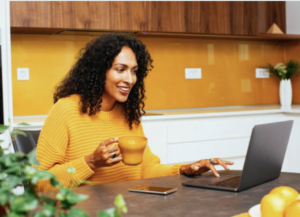