Alicia, how did your restoration actually begin?

My desert journey started before my husband left home. He was already strange and asked me for a separation. I asked him not to leave and that it was just a small crisis and it would pass, so he stayed. About three months later, I was traveling with my daughter and when we arrived, he picked us up at the airport, dropped us at home and left. I was in shock. When I went into our bedroom I could see he’d moved all of his things out of our home while we were gone.

I sat down on my bed, but I cannot describe how I felt. It was so much suffering, so much confusion. For days I could not eat, I could not sleep, the only thing I could do was cry. I was unable to function, but I still had our daughter's health problem (she had severe health issues from the age of 5.) I dropped to my knees and begged God to make him come home. I told God I did not have the strength to live, and God forgive me, I do not know how I took care of my daughter, I could barely function.

Months earlier, before all of this happened, God had already provided me with the book How God Can and Will Restore Your Marriage, which I barely opened. Feeling so much pain, wanting it to stop, weeks later I began to put into practice the teachings contained therein, what little I read, and the pain lessened. So I began reading it each time I was in pain, which was all the time!

Time passed, soon I discovered he was already with someone else when he first asked for a separation. My persistence, just as Erin says will happen, forced him to ask me for a divorce. I’ll never forget what happened next. I remember I was crying while sitting on the foot of the bed, and my daughter woke up when she heard me. She came in and knelt in front of me, taking my hands and said, “Mama, God said to trust Him.” I was stunned, I stopped crying. I couldn’t even speak. She was right, it was the promise He’d given me earlier when everything began crashing down around me. So, it is this promise that I hid in my heart that took me in and through the wilderness, where the evil one tormented me and tried to make me give up.

How did God change your situation Alicia as you sought Him wholeheartedly?

After months, after much prayer (I prayed a lot), after much fasting, after reading the Bible through 3 times (using Erin’s suggestion using the Alexandar Scourby app), everyone could see, and I could feel how much God was transforming me. Yes, I went through a lot, but I didn’t go it alone. One day I asked God to help me, and that’s when I got to the lesson where it speaks  about the Love of a HH “Heavenly Husband” and I changed courses, and began the Finding the Abundant Life Course.

Though I’d struggled to forgive, one afternoon my HH took my hand and we walked together. That’s when I realized I had finally forgiven him. I was amazed as everyone commented that I no longer looked sad but radiant. I did not hurt any more, my pain was behind me. Wow, if not for His Grace, if not for His Love where would I be?

Almost from the beginning he’d asked me to sign a divorce agreement (I think about 20 or more times), but each time I refused. (I didn’t know about Facing Divorce Again), so this forced my husband to file a stronger litigation against me, a divorce I couldn’t stop.

Believe it or not, and I have read that this happens all the time in marriage restoration, the turning point was when I was able to tithe to my storehouse. WOW things changed almost instantly. My husband requested to be transferred, asking to work in another state and his lawyer (by God's grace again) missed the deadlines and the divorce was shelved. When I saw this happen, I honestly could not believe it. It was such an unexpected blessing that I can’t explain it other than the devourer no longer could steal from me.

Or, it also could have been what happened just days before this. I’d been repeating so often “You’re all I want, You’re all I need” and began begging God not to restore my marriage because I was so happy with my HH. Once again I’ve heard when those words ring true, once God knows that your HH is first in your life, that’s when He restores us. I put God first, I was able to overcome my fear to tithe, and that’s when I began to come through and out of the wilderness. It’s how I discovered the Love of my life. It’s like a fairytale come true!

What principles, from God's Word (or through our resources), Alicia, did the Lord teach you during this trial?

First, I learned to shut up and I never quarrel about anything. This was only possible because of fasting or I know I’d never have stopped. Also, the key to everything and what opens the final door, I learned to tithe which was my turning point. I learned to return the evil anyone did to me with good. I also learned to stop before you speak and ask my HH what to say. Very often I said nothing, and He took over. When my husband riled or raged against me, I nodded in agreement, but I did not comment on the situation or what he said. I did not hire a lawyer to challenge the divorce but instead, I trusted Him. I prayed, I fasted, and I trusted only in the Lord because He’s the only One who can be trusted.

Jeremiah 17:5-27 “Thus says the Lord, ‘Cursed is the man who trusts in mankind and makes flesh his strength, and whose heart [then eventually] turns away from the Lord. For he will be like a bush in the desert and will not see when prosperity comes, but will live in stony wastes in the wilderness, a land of salt without inhabitant.

“Blessed is the man who trusts in the Lord and whose trust is [ONLY] the Lord. For he will be like a tree planted by the water, that extends its roots by a stream and will not fear when the heat comes; but its leaves will be green, and it will not be anxious in a year of drought nor cease to yield fruit.”

What were the most difficult times that God helped you through Alicia?

It was not difficult, once I found my HH. Why I was able to move from my pain to the joy I feel now, all I can say is that it was by the hand of God, when I put my hand in my HH and traveled together. The worst times, I suppose were when he asked me to divorce so many times and I resisted. At the time I didn’t know the verse to not resist evil. With Him guiding me, instead of resisting, being agreeable, is what helps things to move ahead in a positive situation as long as you’re trusting Him.

After a while, like Erin, I felt I was walking over the waters, just like Peter in the Bible. And when I got tired He’d help me into the boat, where we’d go below, and I’d sleep peacefully in His arms while the storm raged.

Alicia, what was the “turning point” of your restoration?

It has to be when I finally started to tithe. It’s true. In the very same month, my EH requested a transfer of workplace (went to another state) and the lawyer missed the deadline on the day of the hearing and the divorce proceedings were dropped. If I had to say anything to women reading my testimony and what I tell everyone I’ve met and shared my testimony and this website with is to tithe to your storehouse. We spend money for such silly selfish things and rob God, so the enemy has permission to steal from us and we wonder why we’ve lost everything. It’s stubbornness and fear I think that stops women from doing what they should.

Also, I tell everyone to be prepared for difficulty once they hurdle over their fears and tithe. I ran into so many problems, but I kept asking God to help me to overcome them. Of course, the enemy doesn’t want us to tithe because he knows he will no longer be able to steal, kill our hope and destroy our life!

Tell us HOW it happened Alicia? Did your husband just walk in the front door? Alicia, did you suspect or could you tell you were close to being restored?

When my husband saw that the divorce had not happened, he began to wonder why, and saw that it was God's purpose that our family be restored. I did not suspect that I was close, when it was a few days away from a year of separation, my husband sent me a message at 3:30 in the morning asking me to forgive him. I replied that I had long ago forgiven him. Two days later he sent me another message asking me if he could come home.

Would you recommend any of our resource in particular that helped you Alicia?

Wow, super recommend online courses, each is what helped me understand myself and started each day moving forward. Of course beginning with the book How God Can and Will Restore Your Marriage is where to begin. All that is written was by the hand of God. And A Wise Woman is also wonderful. Just follow it and you'll see things happening.

Would you be interested in helping encourage other women Alicia?

Either way Alicia, what kind of encouragement would you like to leave women with, in conclusion?

Do not be discouraged, God is with you, He is Faithful. Wait for the time of God. He knows everything. Just trust and be dedicated to the process. Obey and listen for your answers. You just have to win at overcoming your fears and follow the path set there before you. Follow the principles provided here and especially don’t skip any that seem difficult or you don’t think are important. Whether that’s tithing to your storehouse, here at RMI, or letting go of your church. There are just so many testimonies to ignore that these principles work. God bless you! 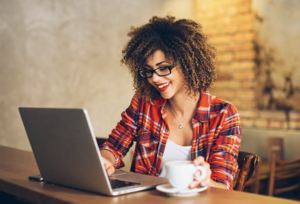 By the Word of Their Testimony (Book 6): Proclaim the Good News to Everyone