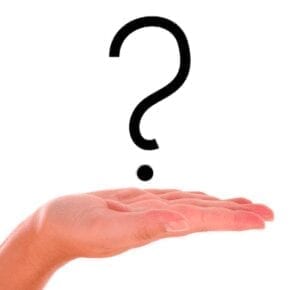 Question: I'd like an ePartner now to help with my Restoration Journey.

How can I apply for an ePartner? 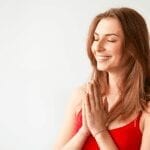 The only way to discover your ePartner is to ask GOD.

“Ask and it shall be given you; seek and you shall find.” Matthew 7:7

"If you don’t know what you’re doing, ask your Father. He loves to help. You’ll get His help, and won’t be condescending [unsympathetic] when you ask for it.” James 1:5 MSG

This is what Erin did, she asked God for "just one other person who doesn’t think I’m crazy” and immediately (and each time she asked) He brought the face of one woman she never really met but knew about. This woman was taking the same Bible study course. Precept Ministries where they had already been trained by GOD to know how to study the Bible, line by line, word by word). Erin then asked how to find this woman because the class had ended and God led her to call her Bible study teacher who said, “Sue wanted me to give you her number”!! Sue had asked God the same thing, to find someone to encourage her along her journey (of five years)!

During their very first meeting, Erin and Sue prayed, asking GOD (Matthew 18:19) to send them other women who might be going through marriage difficulties! Soon women were approaching both of them, asking for help! Then they passed them the lists of verses they’d been studying in their Bibles— sharing the principles and promises that God had given them during the week, which later became A Wise Woman and then later the Restore Your Marriage book.

Listen AGAIN to an earlier recording when Erin ☊ shares how finding her ePartner happened.

Now, Listen to Yvonne ☊ who had basically the same experience.

Follow this process to discover your own ePartner so TOGETHER you can meet and encourage other women!!

"My course today was about finding my ePartner. I took my daughter to the store this morning and as she went down one aisle I was going down another and I saw her talking to 1 of our old friends Her husband played hockey with my husband. I quickly tried to go down a different Isle so I didn't have to talk And give any information of what was going on in our lives. But I ended up running into her anyways. I approached her with it in my head I would say nothing about my husband being gone. I told her about the new baby we're expecting And then I just told everyone that my husband was no longer in the home. I immediately regretted what I said until she got teary eyed and told me her divorce would be final in a couple of weeks. This was a couple I never even thought had problems but right there I knew God led me to her. I asked her if she wanted her marriage to be over and of course she said no. God brought me my prayers partner as I sent her the link to the book and to the courses and she told me she had been praying for somebody to pray with her. As I had only prayed last night for God to send me somebody as I knew my course today was about my ePartner. How amazing is our God and a perfect example of how his timing is always absolutely perfect!"

These were the first ePartners and restoration happened for both of them— due to Erin and Sue each sharing Bible verses, promises and answers to each of the situations they were going through. Then coming together each week to share their praise and excitement with each other!

Sue had been separated from her husband for over 5 years and had no contact whatsoever, Erin had contact with her EH but each time she faced one trial after another. Sue had 3 teenage girls while Erin had 4 young children. Nevertheless, because Erin and Sue sought God and asked Him for the answers, then later each sharing what they’d learned in the Bible that week, not only was Sue’s marriage restored—but Erin’s marriage was restored only a few months after Sue was restored.

After Sue’s marriage was restored, Erin again was without a likeminded ePartner so she asked God again and He reminded her of the women who’d she’d met. Many told her they were separated or divorced from their husbands but were hoping for restoration. These women began meeting once a week just as she and Sue had been meeting.

Looking back, the women who ended up with a restored marriage were the very ones who began reaching out and helping other women. Now it’s so much easier to give women the same Bible verses, sharing Chapter 1 of the RYM book and the link to HopeAtLast.com

💘 After I left, several women from the church contacted me and I was able to share with each one of them the truth I'd believed I was too good for. One woman asked if we could meet so she could hear more, and that is how my new women's group started.

~ Violeta “I Took Off My Wedding Ring; It Bothered Him the Most“

💘 After I read the RYM book about eight times, long before my marriage was restored, a friend I met in a prayer room had her sister email me as she also was going through a separation. I knew the Lord was asking me to give her encouragement. I asked for her address and sent her my book.

Soon after we began meeting online. After a few weeks of encouraging each other with His promises and our praise, we each began meeting other women we invited to join us—pretty much like your ministries encourages us to do to find an ePartner and also start our fellowships as a Bridge Builder.

The only resource I had was that Restore book, but once I gave mine away, I found out about the FAL book, which turned into an Abundant Life Fellowship.

~ Nicki "I Turned the Other Cheek"

💘 One part of my RJ that helped encourage me the most was when I began to encourage other women. Meeting with some over coffee to share promises and praises, while also meeting a few over Skype after wanting and feeling I needed an ePartner so badly after reading "Finding Your ePartner” to start your Ministry in Course 3 after I'd put it off when I read on Day 27 Your ePartner.

When you ask God and find your ePartner, be an encouraging women and submit a 🙌 Praise Report.

Don’t stop there, keep your momentum, find out what it means to be a Bridge Builder

😎 Learn how to start your OWN Wise Woman Fellowship.

🤔 Feel prepared by enrolling in RMIOU.

Find out more on Our Fellowships Meeting LIVE on Zoom!!