If you do what is right

Without being frightened by any fear.

There are many ways that fear will try to overtake you. One that is running rampant is the fear of our spouse being unfaithful—committing adultery.

Though you may have already faced, and hopefully, conquered this fear, it would do you well to read the chapter about adultery in Erin’s book, How God Can and Will Restore Your Marriage, which gave me the foundational principles regarding unfaithfulness and how to overcome the devastating effects of adultery through the use of Scripture. And since this sin is so prevalent in our society and within the church, I felt the Lord leading me to devote one chapter to discuss when unfaithfulness is “suspected” but not yet confirmed. I hope this will help other men/women who may be facing the possibility that their wife/husband has been with another man/woman or as we refer to them in RMI as the OW “other woman” or OM “other man.”

This time around, I had absolutely no idea adultery was happening again; the first time I had my suspicions. But this time, believe it or not, it was our counseling pastor who kept telling me, “He has to be involved with another woman; he has all the signs!”

Let me stop and share that I am more against counseling and counselors than ever before. Even more than Erin is. It was our senior pastor who told me (and my husband) that unless we went to counseling, we would be removed from our church. I did go, but not surprisingly, my ex-husband never would go.

There are so many reasons I am personally against counseling— this is just one issue that brought out the holy anger in me against counselors and counseling—when I experienced first hand how often they plant the thoughts in the minds of a hurting wife or broken husband that their spouse is probably committing adultery!!

All I could think about was how a spiritually unstable most women and men are in the church! Many women would be so devastated; they could easily run out and commit adultery themselves, or worse, take their own lives (and even her children’s lives like a wife did in California)!

The other thing that usually happens when this seed is planted —they foolishly confront their husbands/wives and ask them flat out if they are seeing someone or are having an affair!

Dear reader, there is no greater mistake (other than committing adultery to pay your spouse back) than to ask them to ‘fess up’ or confront them! If you suspect your spouse is involved with someone else, then get on your face before God and get ready for the battle—spiritually! Get prayed up, get close with the Lord; let Him guide you, comfort you, and get you ready for what may be up ahead.

And also do not give the enemy the advantage He has given you by confronting and letting the sin of adultery out of its closet! It is much better that they (your husband/wife and the person they are involved with) to continue to be forced to sneak around than it will be when it is out in the open and they flaunt it in front of your face! This is exactly what happens when you confront someone who is cheating and try to get your spouse to confess. And not only is it flaunted in front of your face, but that’s when they’ll also tell your children (introducing them and their visits are with them) and they begin to run around together in your community!

Adultery, ladies and gentlemen, is a spiritual battle; therefore, you need to use wisdom (not acting on your emotions) when fighting it.

“If the axe is dull and he does not sharpen its edge, then he must exert more strength. Wisdom has the advantage of giving success” (Eccl. 10:10).

In war you certainly would not let the enemy know that you are aware of their moves would you? Instead, you would conceal this knowledge to be ready for the next time the enemy attacks! And when you give them the advantage, by telling them that you know or suspect what they’re up to, then they will use this against you! I experienced this the first time my husband cheated on me, and have seen it countless times with women I help minister to.

From the moment adultery is confronted, the OW or OM has the advantage in your spouse’s life! This is the honest to God’s truth! No longer will your spouse be sneaking around so you don’t find out, but instead their sin will be flaunted in front of your face and soon your spouse will bombard your ears with junk, I promise, you do not want to hear!

The first time I was facing divorce, I heard of no one else who had ever attempted it. It was before I knew about RMI. So, when the enemy set me up to discover that my husband was not living alone in a dumpy apartment (which is why he said he didn’t want me or the children to know where he lived), but was living with another woman in the best part of town, I took the bait of the enemy and told my husband I knew.

That night he cried, confessed it was true, and that night was also the very last time he stayed until the children went to bed (so I would not be suspicious he was living with someone else). Instead, after the night I confronted him, he would tell me that he had to get “home to her” poor thing, who was alone, etc., etc.

The same thing will happen to you! Don’t fall for this trap if you haven’t taken the bait already.

Fast forward to this time. This time I did not suspect there was anyone, but as I said when I was forced to go to counseling (or be asked to leave my church), it was the counseling pastor who told me that there was no doubt my husband was involved with someone. That very same day my younger sister told me I was so stupid, of course he was involved with someone again since this was the kind of man he was. Each time I dismissed it. But, that evening it began to eat just slightly in my gut.

So, as I always was faithful to do, and what you need to train yourself to do too, is that I snuck away to get alone with the Lord until that feeling was gone. And as I always was faithful to do, I told Him what had been said to me (not for His benefit, He always knows, but it helps to tell Him), and then I surprised myself by asking if it were true (when I knew it wasn’t); do you understand what I mean? It was like the Lord had prompted me to ask what I really believed was not true. But He startled me and said, “Yes, it IS true.”

BUT because HE told me, and I had not stupidly gone to find out for myself, or snoop or confront my husband with my suspicions like I did before or what many of you are doing, it did not hurt, nor was I shaken!!

Psalm 55:22 says, “Cast your burden upon the LORD and He will sustain you; He will never allow the righteous to be shaken.”

This time I was determined not to make the same mistake, as before, so I did not mention anything to my husband about it. God had even told me her name while I was alone with Him in my prayer closet. And He also revealed to me each of the times they were together, when it was right under my nose, but never suspected a thing!

Two things I want you to know, first, when the Lord was all done revealing the truth to me, He asked me how I felt. I had to sort of examine myself, just like when your physician asks you where the pain is, or if you feel pain. When I did, I realized there was no pain at all—no fear—there was nothing but wonderful peace! This was certainly a far cry (literal cry) from the first time I found out about the first OW.

*And please don’t be cruel enough to think that since it happened before I was “used” to it! No one can get used to betrayal no matter how many times it happens. You can harden yourself to it, but hardheartedness is no remedy.

Secondly, I asked the Lord why I had not even noticed these things that were so obvious. Was I stupid; was I naïve, etc. like the two people (the counseling pastor and my sister) who said he was involved had said to me?

The Lord told me something that I believe will help you too. He told me that it was because each of us looks at other people they way we are! Meaning, someone who is a liar always thinks other people are lying to them, right? So, it was my pure heart that looked at my husband with the same pure heart as I had. That I would never be unfaithful to him, so surely he wouldn’t be unfaithful to me either.

That’s why doing foolish things, like snooping is so dangerous. Snooping is another way a man or woman responds when the seed is planted that their spouse is “having an affair,” which I prefer to state as “committing adultery.” Sin, in my opinion and in Erin’s opinion and in God’s opinion, is not a party or “affair.” Adultery is sin, and needs to be addressed the way that it is sin by calling it adultery.

That’s why it’s so dangerous when you begin to snoop— it will uncover the pain that God had tried to protect you from. Some women will not be able to overcome that pain, and often, after uncovering more evidence of her husband’s sin, will fall into the other traps already discussed: committing adultery herself or confronting her husband with what she found in her snoop! Some women, as I said, are so overwhelmed that the do the unthinkable like killing their husbands or taking their own lives. We hear it all the time on the news, right?

Men who snoop often respond to their pain and betrayal with anger, and sometimes violence! There is no other way to destroy your future or make that other man appear the one your wife wants, than by getting into a fight with the other man she is involved with. Unfortunately, the anger is often directed at your wife who you either verbal assault or physically hurt, and that will be added to the negative feelings she has for you already. Don’t confront! 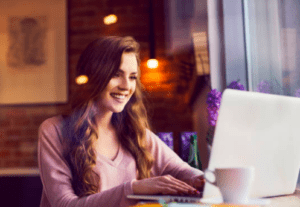