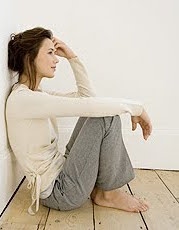 How can I be sure my marriage is REALLY restored?

What constitutes a restored marriage?

When should you submit a testimony—shouldn’t I wait to be sure it’s really restored?

When should we not submit a restored testimony?

When in doubt, it’s always better to submit a RMT whenever your husband has returned home, or if he’s asked you and you have move back home with him.

Remember, the enemy is clever and he loves to play with your mind, making you doubt, all because as we’ve been told—he’s a thief. And what he aims to steal the most of is— PRAISE— praise to the One Who deserves all our praise!

“The thief [the devil] comes to steal, to kill and destroy; I came that [you] might have life, and might have it abundantly” (John 10:10).

Often your "restoration" doesn't feel like a restoration because we've dreamed and imagined that your husbands will return with great fanfare, repenting and begging our forgiveness. The truth is—we live by faith, therefore, we need to have faith that what He’s begun He will finish.

“For I am confident of this very thing, that He who began a good work in you will perfect it [until it is finally finished] [bringing it to full completion] until the day of Christ Jesus” Philippians 1:6 AMP.

Most importantly is to know this one fact, which we’ve done our best to teach you from the beginning of your Restoration Journey—it’s all about the journey, and our journey with HIM never ends. AND that our destination should not be a restored marriage, whereby we wrongly believe we’ve crossed the finish line. This is important to understand for many reasons.

• Reason number one is that most restored women will explain that their journey got harder after they were restored. The husband who returns has almost always just walked away from being deep into sin and that sin is not just going to instantly go away. Newly returned husbands have not yet been transformed as you have been doing. Yes, God has turned his heart, which is what we said in the beginning of your RJ would happen. "The king’s heart is like channels of water in the hand of the Lord; He turns it wherever He wishes." (Proverbs 21:1) So once the Lord has turned your husband's heart back to you, and the steps have been made for you to live together again as husband and wife, then it’s time to submit a RMT.

Rest assured, if you’re husband has returned to you, but he’s still not the way you’d "imagined" "dreamed" he would be, that’s only because what you’ve imagined is based on a very few RMTs you’ve read. But if you read through the majority of RMTs, you’ll find that most husbands who return are not yet a man who is really sorry, is a man who has not yet changed, and is not yet the man you longed to be married to again. Which is why, again, we explain how important we have a Man in our lives, a Heavenly Husband, who is our dream Husband and who we need to keep first in our lives now and always! If not, we will never find the abundant life He has for us!

• Reason number two is that when women wait to submit a RMT, often it’s very brief with hardly any details that could have helped other women, like you, who need to understand all the Lord brought her through. Again, it’s the enemy who makes you doubt it’s been restored, based on what you SEE...the husband you imagined would be returning back to you.

Yet, if you stop to remember, Erin explains how she wasn’t sure her marriage was really restored and due to how horribly her EH acted at first, to the point that she said she wanted to beg God to take him away. Erin explains that this was her test, her final refining, and as she clung to the Love of her life, He brought her through the final trials, and that’s when He finished what He’d started.

Even in RYM's Intro: Chelle's Testimony she too thought her restoration hadn’t happened and wrote asking RMI not to post it. Restored since 2001, God has brought Chelle through her cancer returning twice, which is how God transformed her EH into the Godly spiritual leader of Chelle's dreams.

So again, rest assure, GOD will complete what He started, so live by faith and submit a RMT. Worse case scenario is that it becomes just a pre-restored testimony, and when restoration is complete, we will be able to use what you submitted, along with another final RMT later on.

When NOT to submit a RMT?

If your husband SAYS he’s coming home, it’s better to WAIT until he IS home. Or when he tells you to move back home, but you’re not yet moved back home.

The reason is, the enemy is clever, and if you share your miracle before it happens, more than likely the enemy can easily steal your miracle. The enemy does this in order to not only make you feel horribly disappointed, but also to make you feel embarrassed or ashamed. And if he can do that, he may be able to make you give up.

Remember, he’s a thief, there is a real enemy, so just be sure to wait until your husband is home. YET don’t wait beyond this point OR again, the enemy will again steal your praise.

And when the praise is delayed, and the new trials of your newly restored marriage kick in, then that is what you’ll focus on—again stealing your full praise and also stealing the parts of your testimony that would have helped so many other women overcome the trials that you could have helped them over.

So, when it doubt, submit a RMT and leave the rest to God!

When to ask us to remove your RMT?
.
The most import reason is because your testimony belongs to GOD, not us. It would be like ripping the pages from our Bible after David slays Goliath, when we read, later, that David sinned with Bathsheba. Or to rip the pages from our Bible when we read that King Asa no longer was the man he once was after Asa had prayed 2 Chronicles 14:11 when he didn't trust God to heal him physically and he died from his disease. Ignoring that as a man of faith, "there was no more war until the thirty-fifth year of Asa’s reign" and how it's documented in the Bible to encourage us.
No, you don't just throw away what God did—instead, God loves to shows us the sequence of the life of a believer. Almost all of our most encouraging Bible stories, give us a picture of God allowing the true humanity of man who needs a Savior, traveling down through many valleys over the course of their lifetime. Men, like Peter, the man who walked on water, but who also at one point denied Jesus. Yet, was the man who God uses to build his church (along with Paul).
Life is not a fairytale, because restored marriages will through many difficulties. There are often times when He chooses those with the greatest faith and devotion to Him to bring us through more, even greater trials, to help encourage women, like Michele who was asked to Face Divorce—Again.

So, again, when a crisis hits your restored marriage, or your husband leaves again (or asks you to leave again), we never remove a testimony that belongs to Him.We'd also like to encourage you that your newly restored marriage will face future crises, but this is not time to run away from God or us. Whether it was your mistake and you tripped up, or you're not at fault, we've been there and we understand. Remember, God and your Heavenly Husband is not angry with you. If you still haven't grasped this truth, then we'd urge you to begin taking Finding the Abundant Life and Living the Abundant Life that follow the trials Michele was called to travel through in order to help each of us learn more about our Heavenly Husband and HIS LOVE!! 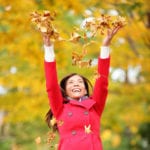